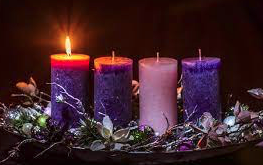 Then God said, “Let us make humans in our image, according to our likeness, and let them have dominion over the fish of the sea and over the birds of the air and over the cattle and over all the wild animals of the earth and over every creeping thing that creeps upon the earth.”

The Last Sunday after Pentecost

Almighty God, give us grace to cast away the works of darkness, and put on the armor of light, now in the time of this mortal life in which your Son Jesus Christ came to visit us in great humility; that in the last day, when he shall come again in his glorious majesty to judge both the living and the dead, we may rise to the life immortal; through him who lives and reigns with you and the Holy Spirit, one God, now and for ever. Amen.

The word that Isaiah son of Amoz saw concerning Judah and Jerusalem.

In days to come
the mountain of the Lord’s house

shall be established as the highest of the mountains,
and shall be raised above the hills;

all the nations shall stream to it.
Many peoples shall come and say,

‘Come, let us go up to the mountain of the Lord,
to the house of the God of Jacob;

that he may teach us his ways
and that we may walk in his paths.’

For out of Zion shall go forth instruction,
and the word of the Lord from Jerusalem.

He shall judge between the nations,
and shall arbitrate for many peoples;

they shall beat their swords into ploughshares,
and their spears into pruning-hooks;

nation shall not lift up sword against nation,
neither shall they learn war any more.

O house of Jacob,
come, let us walk
in the light of the Lord!

2 Now our feet are standing *
within your gates, O Jerusalem.

3 Jerusalem is built as a city *
that is at unity with itself;

4 To which the tribes go up,
the tribes of the Lord, *
the assembly of Israel,
to praise the Name of the Lord.

6 Pray for the peace of Jerusalem: *
“May they prosper who love you.

8 For my brethren and companions’ sake, *
I pray for your prosperity.

9 Because of the house of the Lord our God, *
I will seek to do you good.”

You know what time it is, how it is now the moment for you to wake from sleep. For salvation is nearer to us now than when we became believers; the night is far gone, the day is near. Let us then lay aside the works of darkness and put on the armor of light; let us live honorably as in the day, not in reveling and drunkenness, not in debauchery and licentiousness, not in quarreling and jealousy. Instead, put on the Lord Jesus Christ, and make no provision for the flesh, to gratify its desires.